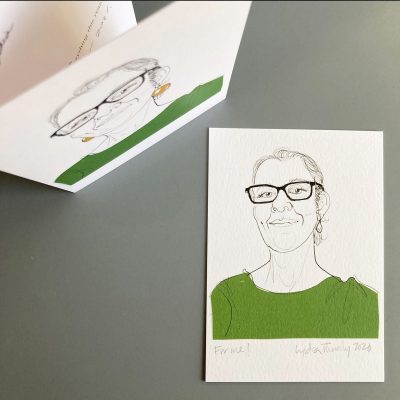 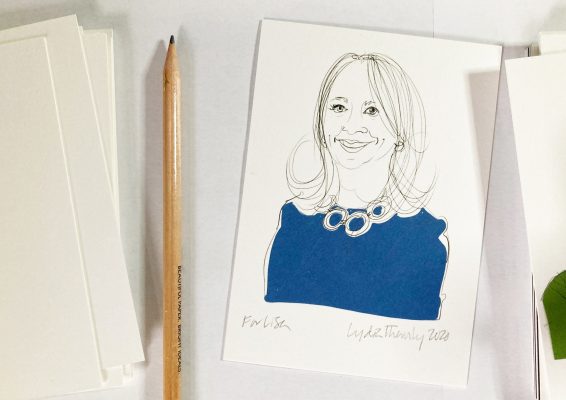 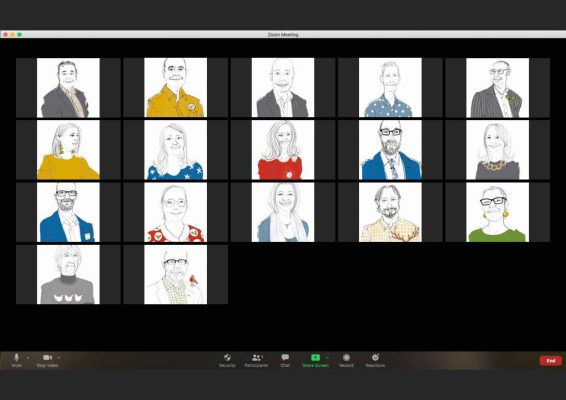 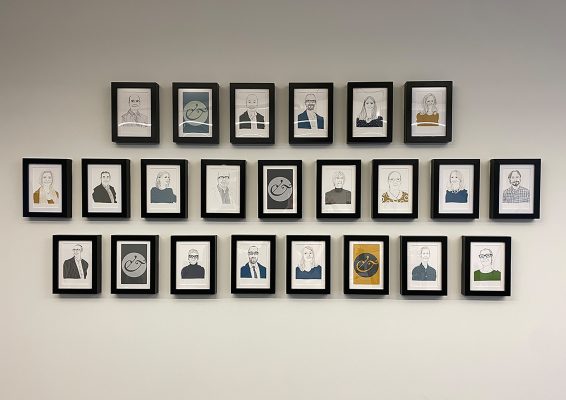 Bringing the human to a digital Christmas...

Nimble in a year of constant change, online effectiveness experts Bowen Craggs wanted something tangible to send to their team for a virtual Christmas gathering. A number of people were, they said, fans of my illustrations – I had live-sketched at their Berlin conference in 2019 – so would I be up for drawing everyone?

The idea grew: we ended up with 17 digital sketches, made in secret from multiple photos, in two versions. One was a signed one-off mini print; the other, a Christmassed-up version, made as a Christmas card.

Digital print allowed us to produce it all economically in two print runs, the cards direct to my client, the prints to me for signing before sending on.

We also made a Zoom screen version of the whole group, for sharing.

Pulling this off depended on being interested in the company not just as a business but as people. That brought a story to each illustration that made it personal.

And the 17th person? Me. I had a selfie to draw for my attendance as extended Bowen Craggs family.

A year later, two new members of staff have been drawn – and there's a portrait wall in the Bowen Craggs office. 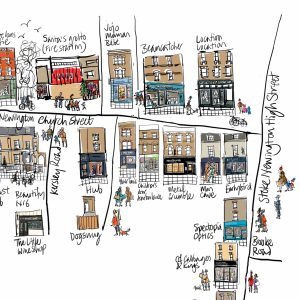 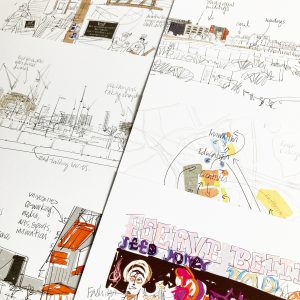 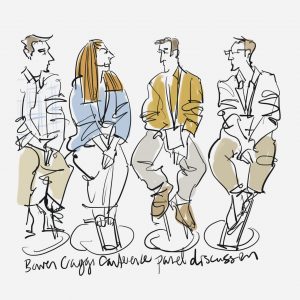 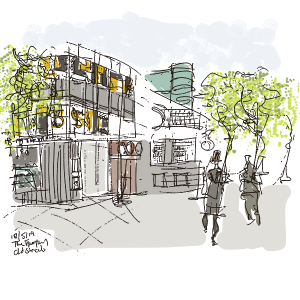 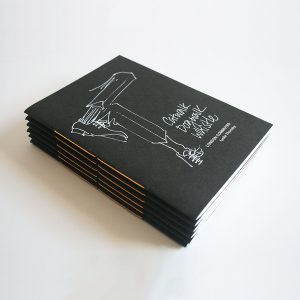